In the ancient world, purple was originally the colour reserved for the imperial families of Rome, Persia and Egypt and while it’s not longer elitist, there’s still something special to be had to the red-meets-blue hue. Our Purple Pop selection showcases the most luxurious, beautiful and unmissable pop music finds for our ears to yours.

Lyrah is a highly promising new artist who has wowed listeners with her misleadingly innocent vocals, soothing beats and alternative pop production. She hits all those marks once again with ‘Sorry CVS’, a hurtling rollercoaster of a track that’ll have you running just to keep up.

London-based artists and BRIT school alumni Gorran is doing his bit to repopularize the piano-forward singer-songwriter style with his emotive new single ‘Are You Mine?’. It’s a raw and vulnerable performance that showcases the artist’s incredible voice and sincere portrayal of the song’s theme of a one-sided fight for a relationship.

As often happens when trying to divvy up tracks into different playlists, we come across songs that straddle two worlds, which is very much the case with the electro-pop and dance single ‘Supernova’ form NYC’s Jake Lance. The pulsating beats and hearty synths are ideal club backdrops, but the poppy melodies keep it in the mainstream arena. This one is a crowd-pleaser for sure.

New York fraternal duo Eighty Ninety recently released their debut EP, titled The Night Sky, of which features the sweet and peppy indie-pop title track. It’s a hopeful and vibrant track that celebrates love, and all the possibilities that could arrive when you accept it into your life. We love the driving synth-pop and the melodious vocals.

‘Sideways’ from MIXIE is one of those instantly catchy tracks that you just won’t be able to get out of your head. Similar to Charli XCX or early Dua Lipa, this fresh pop tune utilises intercepting guitar riffs and a prominent bass line to pull the listener further into the artist’s engaging storytelling. Things might be sideways, but we’re here for the chaos.

Canadian pop sensation Olivia Penalva has been releasing music since the tender age of 13 and for anyone, that exposure to the limelight from such a young age can have an effect, but her new single ‘Judge Away’, she shows incredible resilience. This saccharine pop tune is an anthem for anyone who want to shrug off the haters and love themselves more. We adore this message, completely with a super cute music video!

Nashville-based queer artist Annelle Staal is contributing to the worldwide celebrations of Pride Month with her own lush indie-pop single ‘Tonight’. Accompanied with a cinematic music video, this track is a joyous ode to queer relationships, all wrapped up in one fateful night.

Estella Dawn writes songs about the complicated and ever-changing landscape of a woman’s life in her mid-twenties; they do say to write what you know after all. Her newest release is ‘Orange’, an alternative pop single which bounces with jazzy and soulful undertones and that tells the story of an unexpected, chance encounter with an exciting new paramor. 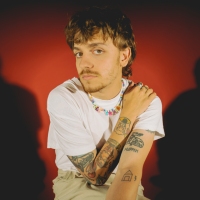 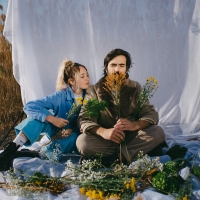