Today, Johnny Kulo is back again with another new single, ‘Loyal’, from his freshly released EP, Bloom. This Berlin-based R&B and soul artist has been gradually making his way into the centre of our radar since last year. At the tail end of 2021, we were treated to a live performance of groovy tune ‘Wrong’ and then the mysterious track ‘Poseidon’ popped up in one of our Mini Melon Mix Ups back in January. Now, the India-via-Germany musician, songwriter and singer is on his third EP, and from that tempting five-track record we’re honing in on ‘Loyal’.

As with nearly all the tracks that Kulo writes, it’s entirely unapologetic. His lyrics like “I gotta be honest, cause I’ve been thinking bout you, Not the way I should be anyway” exude a raw sexuality that’s enhanced by the smooth R&B melodies. The trap beats gives it a real 00s-10s R&B feel, while the noodling guitars are timeless. It’s all topped off by Kulo’s contemporary soul voice which doesn’t miss a note.

If you fancy listening to more Johnny Kulo, then check out his full EP here.

“This was one of those songs that didn’t take a lot from me in the studio to cut out. Another day, August Ingram and I just hit the studio, listening to records and passing around instruments, riffing off – I came up with the little guitar loop, and started humming what ended up becoming the hook. I was just talking stupid, talking about tryna stay loyal but having too many distractions in my lifestyle. The whole song was written as I was recording it, and initially I intended to just record the first idea so I can go away to write something ‘substantial’. But then I decided, fuck it, this is what I’m going thru right now and it’s expressed exactly in that way. Not every verse needs to be premeditated, sometimes it sounds less clever the more it’s polished you know?” 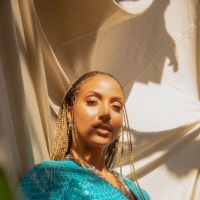