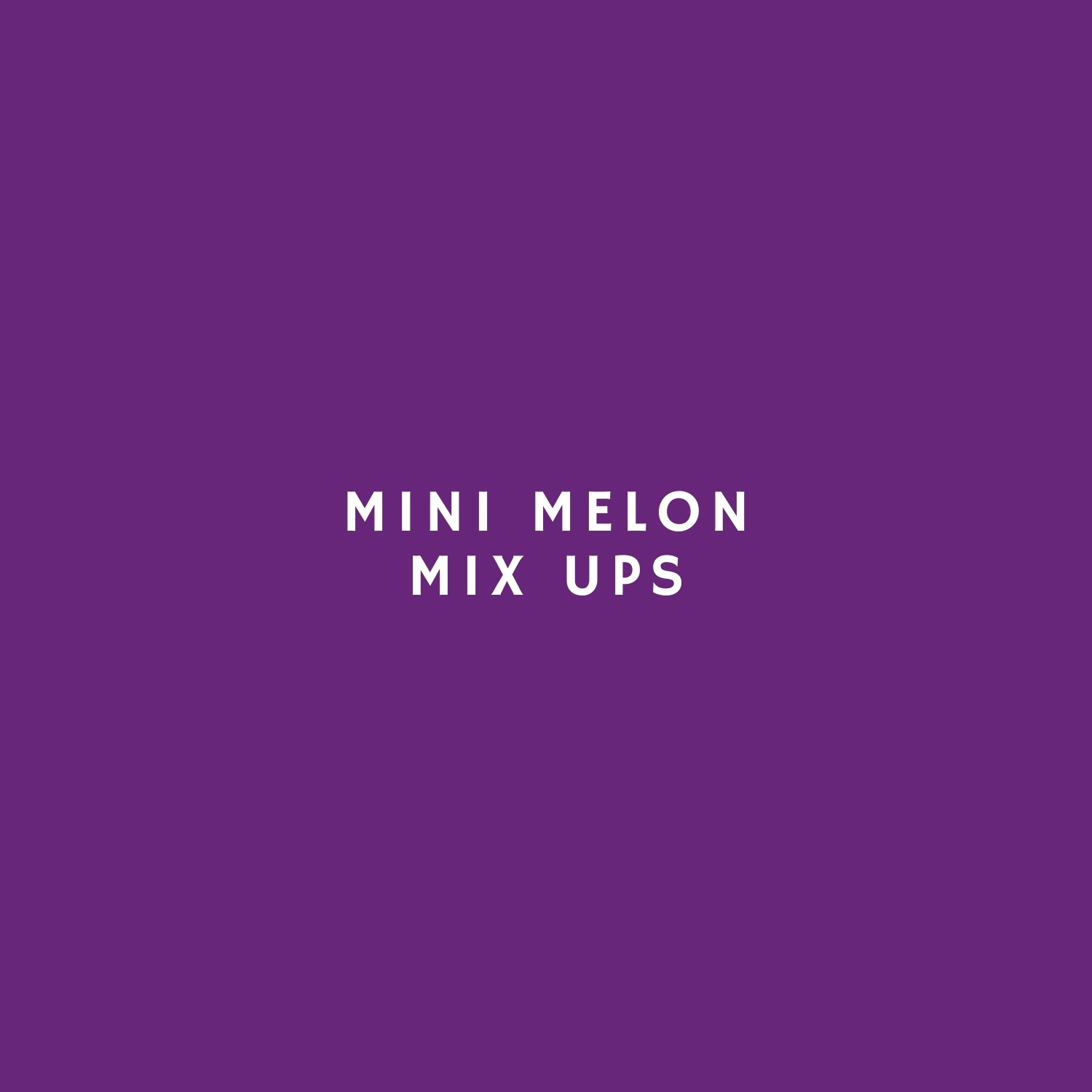 It’a that time again when we do our biggest new music round-up of the past fortnight, here’s everything that’s popped up onto our radar that we think will get you through the next two weeks. As ever, it’s a smorgasbord of genres, styles, artists and bands – something to suit every palette.

Savaya’s glistening new single ‘Soul Fire’ is designed to transport the listener to their personal paradise where they can feel most confident and the most free. Inspired by his own journey, the Costa Rican artist infused the contemporary dance-pop production with enticing Latin rhythms. Not only is it perfect for dancing along too, but the artist’s stunning vocal provides uplifting sentiments of positivity.

“It was inspired by my own personal & spiritual journey the last 5 years – the surety, affirmation & confirmation I received on what I am, who I am, what I should be doing… It was inspired by inspiration – I made it to inspire other people. I thought to myself, I don’t want to keep this sweetness of truth a secret, so how do I put it in a song, to share it, and make people dance in joy to the truth of their being… I want everyone to know that they have all they need deep inside, and that it is a power beyond their imagination, & to stop playing small & harness it.”

Not only is ‘BENI ARA’ the first Turkish song to enter into our Mini Melon Mix Ups playlist, but it’s out very first taste of Turkey’s vastly underrated rap scene. What we find here is an intense, high-powered flow backed up with energetic beats and an amped-up tempo. This sense of anticipation relays the song’s context where Crow Baston eagerly awaits a phone call from a mysterious person, it’s up to the audience to imagine who that could be. The Turkish rap star is also joined by Suede gives the track their own passionate dynamic.

You’ve got to be something special to appear on PM not once, but twice, within a week and that’s exactly the case with HiddenLif whose other recent single ‘Party On Mars’ appeared on our Sounds of R&B & Soul playlist. That track and this one ‘R4TH!’ gives a captivating window into the artist’s upcoming  album, The Velvet Room. Led by the artist’s sublimely soulful voice, this dreamy song is grounded by a resonating bass line, which sets the scene for the delicate guitar and light percussion.

“R4TH!- stands for “Run for the hills” it’s the first single off the album. Centers around a relationship in which you were once in love despite all the clear warning signs that you should have ran in the other direction.”

‘Lucky Number’ is the latest addition to Nick Stead’s catalogue of unique indie-electronica tracks, which the songwriter and producer has been steadily releasing since 2019. Here, he takes the usual synth effects, beat diorama akin to a Casio keyboard preset, slanting melodies and an unassuming vocals to give the honest impression of one man’s thoughts on life. As he reflectively sings, “you know me, I know you, you’re kind of freaking me out, what I would do, what I would do”. There’s no stable through line, rather his thoughts jump from one point to the next looking for an answer.

Alutz’s ‘Leaving’ is easily one of the most impactful and important songs that we’ve come across in some time. It portrays the tortured soul of the protagonist who is suffering with alcoholism and it’s written by someone who knows this tale all too well. Long Island’s Alutz delivers this measured, acoustic-rock performance in which the lyrics, with all their emotional and philosophical intent, are put front and centre. The song’s message is further demonstrated in a short film that takes place at an Alcoholics Anonymous meeting, one of the few places where people with an alcohol problem can speak freely without fear of judgement. The artist wants to open up the conversation with everyone and this song goes a long way to doing that.

“Written from the perspective of my brother who passed away this year after his long battle with alcoholism, “Leaving” talks about the pain and helplessness of being an alcoholic. The song is bolstered by a short film of an AA meeting to promote the resources available to those struggling with the disease.”

This collaborative track is truly an work of inter-national cooperation that celebrates a shared cultural heritage, as well as focusing in on some unique elements that’s lesser heard of in contemporary music. What’s we’re talking about is ‘His Face’ from Israeli musician Amitai Aricha, together with producer/musician Yarden Erez and songwriter/musician D-ONE Project. Altogether they’ve resurrected an ancient tune from time immemorial and combined them with the yearnful words of great Jewish-Yemenite poet Sholem Al-Shabazi. The result is a mystical and meaningful folk song sung in the Hebrew dialect of Yemenite Jews. It’s a truly groundbreaking piece of cultural art.

“There’s something wonderful about a song which gives voice to a timeless creation of a people and a community, encapsulating so many movements and emotions of countless people who sang it to express their soul, feeling very deeply that this tune gives expression to the personal and communal longings.”

J Cru is the Los Angeles-based duo of J Geezy and J Smitty who met while freestyling in a public park and have been joined at the hip ever since united by their love of hip-hop, unwavering ambition and comedic chops. Adding to their broad discography, ‘Holy Water’ is their ideal driving song thanks to the melodious R&B flows and tight-as-ever rap verses. This sultry track also features California’s multi-talented up-and-comer Fresh Micks on chorus duties (fun fact, he also produced the track).

Hailing from New England, although making waves right across America’s East Coast and connecting with fans in Nashville, rising country star Timmy Brown is flexing his chops once again with new single ‘Right About Now’. Like so many iconic country songs, this one deals with love and heartbreak, specifically about regret for leaving a relationship, but Brown takes the classic concept and gives it a contemporary flourish with his bounding vocals and pop production.

“With this song, I feel like I was able to show off my edgier side which I’ve been trying to do more of for a while now. ‘Right About Now’ is by far one of my favorite songs I’ve ever released and I hope people resonate with it.”

‘Other Side of the Phone’ is whimsical, jazzy and lofi hip-hop track from three seperate projects having a little fun poking fun at the world they see around them. First up we’ve go Pandaraps, the emotionally bare and unapologetically queer, Bay Area rapper whose soft spoken flow can be heard throughout the track. Next we have Big Soda the songwriter, producer, multi-instrumentalist who adds his distinctive ethereal wooziness to the late night wander. Last but by no means least, there’s Is Our Children Learning, the mask-wearing mysterious duo behind the song’s political theme.

Closing out this fortnight’s Mini Melon Mix Ups, we have a tropical flavoured delights from Mexican-American songwriter Andy Lugo in the form of ‘Baila Con Migo’. This Spanish language single is a playful and lights blend of pop, Latin folk and singer-songwriter styles, with the delicately played acoustic guitar and Lugo’s mellifluous lyrics leading the way. It’s upbeat tempo and warm production invites the listeners to indeed dance with Lugo, even if that’s metaphorically. 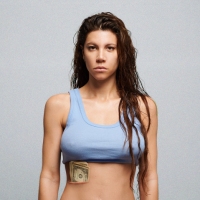 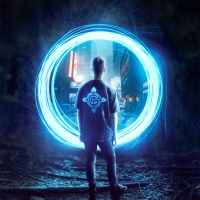 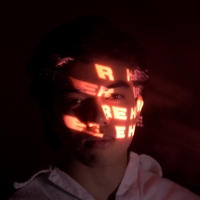 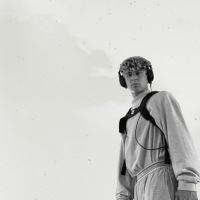 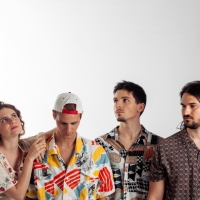 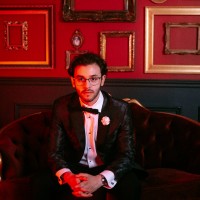 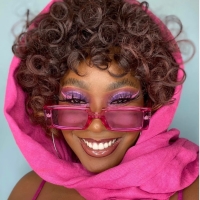