Introducing Austin Riddle with his pop-meets-RnB-meets-funk single ‘Rip City’, which has shades of The Weeknd, Miguel and current-day Justin Bieber peppered throughout this radio-ready track.

Utilizing his clean pop vocals to their fullest, Austin floats over a danceable funk rhythm in which a thicc bass line meets contemporary electronic beats. It’s an inviting atmosphere that accentuates Austin’s optimistic attitude towards being reunited with his lover who has departed Birmingham, Alabama for Portland, Oregon.

“This song is a story about being separated over the few months of quarantine over a crooning melody that is meant to convey pain, but is infused with hope. The narrative is built around one that is yearning for the rejoining of their significant other in “RIP CITY”, a pop-culture reference to the city of Portland.” – Austin Riddle 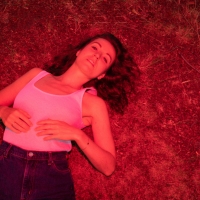