Released on the 21st of May, Newcastle-based alt-rock trio Ten Eighty Trees return with their latest single, ‘Fear of Falling’. Inspired by traumatic, real-life events, ‘Fear of Falling’ was penned by guitarist and vocalist Nathan Newton following a PTSD diagnosis after and almost fatal accident which left him scarred an unable to sleep properly. Deeply personal, sincere and heartfelt, ‘Fear of Falling’ captures fear, hope, despair and triumph over adversity as the track explores the depths of the human psyche and its unique relationship to fear.

Speaking on the inspiration and message behind his songwriting, lead vocalist Nathan Newton shares:

“‘Fear of Falling’ to put it simply is about my experiences with PTSD. I had a pretty horrific  accident about 4 years ago and really struggled with sleep deprivation in the aftermath. I  would feel like I was on red alert, unable to switch off and agitated by even the slightest  sound when I was trying to relax. It was such a tough repercussion and put a lot of stress on  my life and relationships. Writing Fear of Falling was essentially my own personal therapy as  I worked through understanding what was happening to me.”

“I held off releasing this track for a while as it felt quite overly personal to  me and wasn’t sure whether anyone would even be able to relate to what I was saying.  However, with these sleep difficulties troubling me again during the pandemic and learning  that I wasn’t alone in experiencing this under the current climate I figured people might be  able to feel some kind of empathy or comfort from the song.” 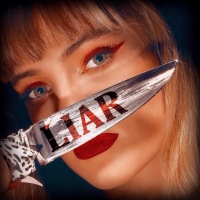