‘Maenads’ is the final single from Sarah P.’s new EP of the same name. – a song about nights full of empty feelings. It follows on from previous tracks ‘Mneme’ and ‘Lotus Eaters’, all of which are a part of the 5-track offering out now. It’s a beautifully crafted capsule of Sarah’s thoughts, trading on her introspective writing style and self-reflective nature. This is heart-on-sleeve music, honest and raw lyrics set against a beautiful backdrop of subtly powerful production. The release of the corresponding video for “Maenads,” brings the raw emotion behind the single to new heights through empowering visuals.

“Maenads is a song about all those nights that are empty of feelings. I used to have plenty of those in my younger years. The visuals for the video are a fast-forward to my life in Berlin – rather secluded, away from distractions. “Reformed”, but far from perfect. This isolation-by-choice gave me time to process life events that had shaped me, as well as start healing from traumatic experiences of the past. In the video, the bird symbolises mental illness. My coming to terms with it, but also not letting it overtake my life – as it used to, in the past. For those who don’t know, I’ve been struggling with depression and anxiety for a long time. The whole point of the video is to show that it’s possible to control one’s mental health, rather than living a life controlled by mental illness. Mental illness never truly goes away, but learning more about it can help understand what’s going on inside your body and mind and therefore, control it better.” – Sarah P. 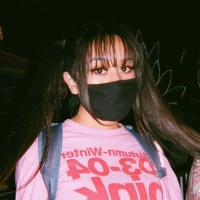 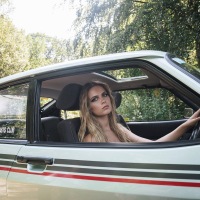 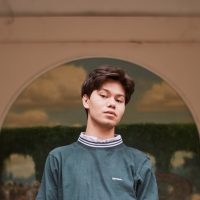