Hi! My name is Bella Musser (not to be confused with mustard, but it does sound the same). If you can’t find me hiding in a corner with my guitar or a piano, I’m probably off somewhere taking a nap. I am an avid writer, music maker, day dreamer, chocolate eater, and mountain lover – most days all at once. I grew up in Longmont, Colorado, but have since moved to Denver to obtain my Bachelor’s degree in Music Business.

“Russian Roulette” is the first song off of my debut EP, entitled Intrepid – and it’s been a long time coming! I’ve been writing songs since I was 12, and have upwards of 40 in my archives right now, but this will be the first song I officially release to the public. The entire EP was created alongside Chase Martinez, my producer, who has been absolutely incredible throughout the whole process. Before I moved to Denver, I had never collaborated with anyone before, but I ended up meeting an awesome artist by the name of Covex, who introduced me to EDM and electronic production for the first time.

We’ve written two songs together, “Ordinary Lies” and “Incendiary,” the first of which was featured on a local radio station here in Colorado as part of an annual competition called “Hometown for The Holidays.” It was through that same competition, a year later, that I found Chase. We’ve been working on Intrepid since January, and I’m so excited to finally share it with everyone! This single has a “shut up and kiss me” attitude to it, comparing falling in love to playing a game of Russian roulette.

Yes! I’ll be releasing a new song from Intrepid every month until September. The whole EP will be available on the 15th, but the individual release dates for each song are listed below:

Right now I’m gearing up for the rest of the releases off of Intrepid, but am also in the process of pulling a band and live set together. You can count hearing much more music from me in the near future, and I’ll be announcing lots of upcoming shows as well! If you want to stay updated, feel free to follow me on all social media @itsbellamusser, or find me at my website, www.bellamusser.com. 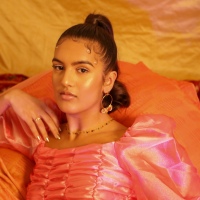 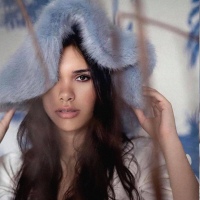