I grew up ‘down under’ in Sydney with my three sisters (poor dad!) doing a lot of sport, some music, but mostly dancing!. I studied at The Australian Institute of Music then spent 2010-2012 moving back and forth between New York and Australia, recording my first two albums of original music. At the time I was extremely passionate about jazz and my music definitely reflected this. I’ve always loved Joni Mitchell, James Taylor and artists like Imogen Heap and Regina Spektor, but only really fell in love with folk/pop and electronic music in the last few years. I moved over to London in 2015 on a mission to find a new producer to help me build my new sound and go down the electronic path, which is when ‘Fetherstone’ was born. I have now been working with London based producer Harry Tarlton for 8 months and we have an EP worth of tracks ready to be released!

I wrote the single after a trip to Nashville in 2016, where I had the chance to see some amazing songwriters perform and stay with a great couple that lived and breathed the Nashville music scene. They told me all these stories about their music careers and the many serendipitous moments that were all about ‘right time, right place’. I came home from this trip both inspired and bugged by this idea that artists are always at the mercy of the music industry and being discovered. So this song came from that internal battle, wanting to share my music and art but also feeling completely victimised by an industry that seems unpredictable and impossible to control.

I have now completed an EP’s worth of songs with my producer, Harry Tarlton, and I will be releasing the 4 tracks, one song a month, starting late March. I am really excited to release these new songs, it’s a vision I have had for nearly 2 years and it’s great to finally be able to share them. I’m also working on a music video/animation with a creative friend, producer and musician Ryan Khoury, who also goes by the name ‘Triangle Man’.

Having spent the better part of 2 years in London on the creative side of things, songwriting/producing and getting this project up and running, I am now SO ready to start performing! The Fetherstone Launch will be at The Troubadour (Earls Court) on Thursday 13th April and the live show is going to reflect the sonic flavours of the tracks but also stay true to my routes, improvisation and creativity. I use a vocal loop and effects pedal on stage and it’s a pretty fun/exhilarating/terrifying experience all in one! I often do a few long vocal solo intro’s using my loop pedal at each show, so that will definitely be in the mix at the upcoming shows.

Aside from performing, the next creative venture for Fetherstone is a series called Unspoken Stories. I’ll be stepping out of my own perspective for a while and telling stories from the eyes of the people around me…. friends, family, and people I have never met before. The series is inspired by the idea that not only artists should get the chance to share their stories and experiences, everyone has something interesting to stay and they should have the chance to be heard. I really am looking forward to what this perspective will bring to my songwriting process, I am predicting it will be fairly challenging (and rewarding)! 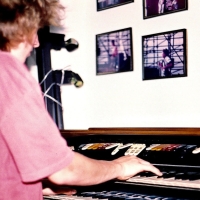